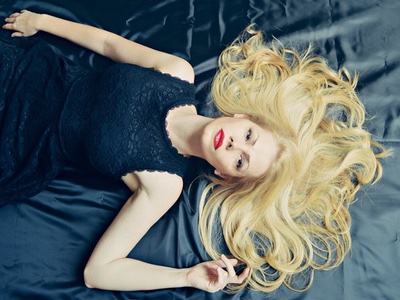 The way the cosmetics industry views human hair is set to change, thanks to a new discovery from a team of crystallography researchers.

The US and Brazil-based team used a combination of submicron X-ray beams and cross-section geometry to study the structure of hair, finding new features. Their discovery was shared at the American Crystallographic Association 2015 Meeting last week in Philadelphia, US.

Using an x-ray beam aimed parallel to the hair fibre axis, rather than the perpendicular angle used in previous studies, the researchers observed the three main regions of the hair: medulla, cortex and cuticle. Vesna Stanic, a member of the team from the Brazilian Synchroton Light Source, explained: “We performed a full diffraction map from a 30-micron-thick cross section of hair, with an incident beam parallel to the hair axis and then compared it to the diffraction map with the beam perpendicular to the hair axis.” 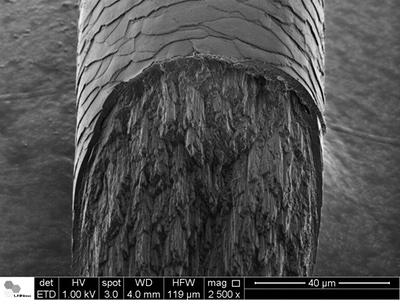 The team found a previously unobserved region of the hair located in the cortex, near to the cuticle boundary. “We also discovered that within the cuticle a key diffraction feature of the alpha keratin is absent – indicating the presence of beta keratin instead of the alpha keratin phase,” Stanic added. Previously, scientists had accepted that keratin was only found in its alpha conformation.

Cosmetic products could benefit from the discovery. The work provides experimental evidence of hair phase variation across the three main regions of the hair, giving product developers greater understanding of the hierarchial ordering of filaments of keratin within the hair. Stanic said: “If the goal of the cosmetics industry is to make new and better products for the hair, then it’s absolutely critical for them to understand the local structure of hair and the effects their products are having at the molecular level.”